The high orbit ion cannon has the following features:
- High-speed multi-threaded HTTP Flood
- Simultaenously flood up to 256 websites at once
- Built in scripting system to allow the deployment of 'boosters', scripts designed to thwart DDoS counter measures and increase DoS output.
- Easy to use interface
- Can be ported over to Linux/Mac with a few bug fixes (I do not have either systems so I do
- Ability to select the number of threads in an ongoing attack
- Ability to throttle attacks individually with three settings: LOW, MEDIUM, and HIGH
and its written in a language where you can do a bunch of really nifty things
just read the RealBasic manual, ;]
also no Dependencies (single executable) In my Twitter bio it states my location as EVERYWHERE – you better believe it. Your ‘friends’ are not necessarily that, and your IRC chans are flawed and open for anyone to watch you. Your language and primitive tactics – clearly evident from the transcript below show you to be inept and immature:

What XerXeS is NOT:

As you may know I normally target Jihadist sites, but recently turned my attentions to Wikileaks.

So what was I thinking?

Initially, hitting Wikileaks servers hosted by OWNI (France), PRQ (Sweden), and BAHNHOF with ease, had the desired outcome of ‘coralling’ the Wikileaks operation onto a US hosted platform that could resist XerXeS – Amazon EC2.

The WL perceived victory was short-lived as enough pressure was now building both politically and technically (by that I mean service providers were aware that WL was now a prime target and couldn’t risk their own operations by providing services to WL).

As predicted, providers to WL started dropping them – first EveryDNS, then Amazon, then Paypal and Mastercard soon followed. The service providers acted as a force-multiplier, leaving the Wikileaks name nowhere to go except rely on volunteer mirrors.

So the head of the snake is almost cut off. The Wikileaks name is something few people, as far as service providers, will deal with. Their supply chain is being cut off.

So, great they have 2000 voluntary mirrors! By the very nature of volunteers providing ‘mirrors’ causes WL to be highly unstable as they will be up and down and sporadic on a day-by-day basis.

Final note on this:

With regard to hits I pull and hits I don’t. Those of you who know of me will know that I say what I mean and mean what I say:

It works like this: strike-verify-tweet – doesn’t get much simpler eh? And by saying nothing I am also saying something, if you see what I mean.

‘There’s an unequal amount of good and bad in most, the trick is to work out the ratio and act accordingly’

Stay Frosty and Peace out. 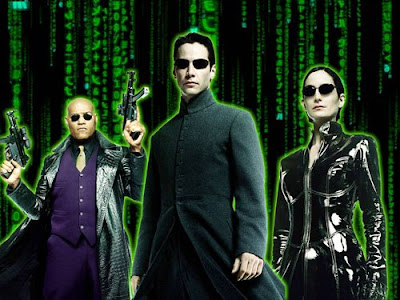