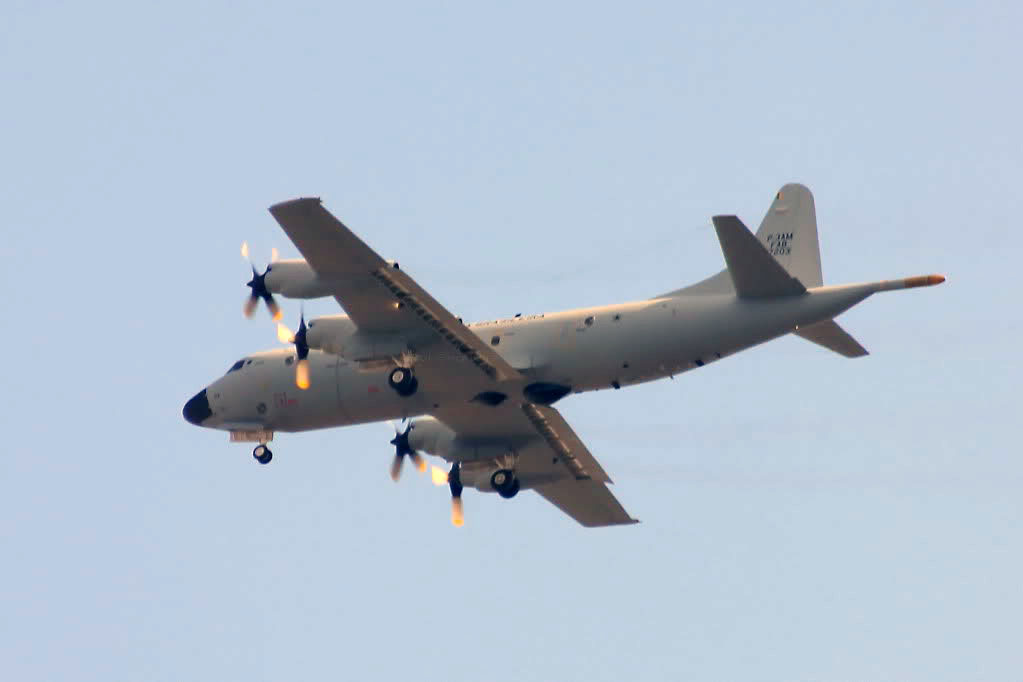 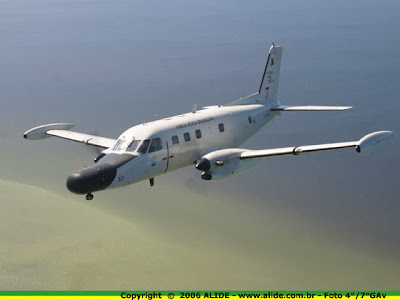 South Africa would not be equipped for an ocean search
By: Keith Campbell
26th June 2009

On June 1, an Air France Airbus A330-200 crashed into the South Atlantic, more than 1 000 km from the nearest land, while flying from Rio de Janeiro to Paris. For at least two weeks our reports of the accident and the search for wreckage and bodies were the most read stories in our online edition, Engineering News - Home Page.

At the publication deadline for this edition, the cause of the accident was still a mystery and the aircraft’s so-called black boxes – the cockpit voice ?recorder and the digital flight data recorder – had not been located, let alone retrieved. But a major search and recovery operation was under way across a wide swath of the ocean. This has involved the deployment of an impressive quantity and quality of air power and sea power.

Responsibility for the coordination of the operation was vested in the Brazilian Air Force, as the Aibus came down just within Brazil’s search-and-rescue (SaR) area. The numbers of aircraft and ships deployed by Brazil and France varied over time, as the situation and conditions changed. But, on June 16, the Brazilian Air Force had assigned ten aircraft to the operation, comprising one Embraer R-99, two Embraer P-95 Bandeirante Patrulhas, three Lockheed Martin C-130 Hercules, two EADS-Casa C-105Amazonas, one Sikorsky H-60L Blackhawk helicopter, and one Eurocopter H-34 Super Puma helicopter. France had two aircraft deployed, both from the French Navy: a Dassault Atlantique 2 and a Dassault Falcon 50. Earlier in the operation, the French were using four aircraft – in addition to the two already mentioned, a second Atlantique 2 and a French Air Force Boeing E-3F Sentry.

The Hercules and Amazonas are transport aircraft, employed for daylight visual missions. The P-95s and Falcon 50 are more sophisticated, being adaptations of civilian designs (the Bandeirante feeder airliner and the Falcon executive jet) fitted with surface surveillance radars, capable of detecting vessels down to quite small boats. But the R-99, the E-3 and the Atlantiques are very sophisticated, and expensive, aircraft, indeed.

The R-99 is an air-to-surface radar surveillance aircraft, equipped with a powerful synthetic aperture radar. It gives Brazil a capability that only a handful of air forces have (the French Air Force is not one of them), and the aircraft has been the star of the operation. Up to June 14, it had scanned 1 019 548 km2 of ocean, and had located most, if not all, of the debris fields, often while flying at night.

The E-3 is an airborne warning and control aircraft – that is, it is a flying radar station and command post.

The Atlantique 2 is called a maritime patrol (MP), or maritime reconnaissance, aircraft, which means it is an antisubmarine and antiship warfare aircraft. It is fitted with a powerful search radar, a magnetic anomaly ?detector which detects changes in the earth’s magnetic field caused by submarines moving through the ocean (this works at only short ranges, because the changes are so small) and it can drop devices called sonobuoys into the ocean. These can either listen passively for submarines, or actively send out sound pulses which will be reflected back if they hit a submarine.

All these planes were designed to fulfil military/defence roles and it is precisely their military capabilities that make them so useful in SaR operations. And South Africa has no counterparts of any of these three designs.

To be fair, the R-99 is a type of aircraft beyond the means of most countries, including South Africa. But the country used to operate MP aircraft and the South African Air Force (SAAF) has plans to reacquire this capability.

However, at the moment, if an airliner should crash into the ocean near the edge of South Africa’s area of SaR responsibility, the SAAF itself could engage in only daylight visual search missions, using its C-130 transports. The SAAF has only nine of these, with, reportedly, an average of five serviceable at any given time. Brazil has deployed three Hercules – equivalent to 60% of South Africa’s operational force – on the Air France Airbus search operation.

The SAAF is clearly most inadequately equipped to undertake a major SaR or recovery operation far from shore. But, no doubt, when the MP acquisition programme is formally announced, there will be a barrage of criticism and claims that the country does not need the capability. When that happens, just remember the highly sophisticated and very expensive Brazilian and French aircraft sweeping across the South Atlantic, by night as well as day, locating debris and guiding surface ships to retrieve it as well as the bodies of passengers.

Oh, by the way, the Brazilian and French navies committed more major surface warships to the Airbus recovery operation than there are in the entire South African Navy!

Should an airliner crash into the sea in South Africa’s area of search-and-rescue (SaR) responsibility, the South African Air Force (SAAF) would have only a limited capability to mount an SaR operation to locate survivors or (more likely) bodies and debris.

“It is a vast area in which we are responsible for search-and-rescue,” highlights SAAF chief Lt-Gen Carlo Gagiano. South Africa’s SaR area stretches from the northern border of Namibia all the way round to the southern border of Mozambique, and extends far out to sea – all the way to Antarctica in the south.

Airliners regularly fly to and from this country across the South Atlantic and Indian Oceans. And it was into the South Atlantic, more than 1 000 km from the nearest shore, that an Air France Airbus A330-200, en route from Rio de Janeiro to Paris, mys-teriously crashed during the early hours of June 1.

This triggered a major SaR operation coordinated by the Brazilian Air Force and involving that force, the Brazilian and French navies, and the French Air Force. On June 6 the first debris and bodies were discovered, the search planes having been misled by flotsam on more than one occasion.

“While we do have systems that allow us to cover most of our SaR area, we don’t have the high-tech equipment for SaR that we have seen being utilised in the Air France accident,” says Gagiano. Brazil deployed an Embraer R-99B air-to-surface surveillance radar aircraft, which detected most of the debris fields using its powerful synthetic aperture radar while flying at night, and France sent a Boeing E-3F airborne warning and control aircraft (a flying radar station and command post). France also committed two Dassault Atlantique 2 maritime patrol aircraft (aircraft which specialise in antisubmarine and antiship warfare). Both countries also deployed less sophisticated aircraft, including transport aircraft employed for visual reconnaissance during daylight.

The SAAF has no counterparts to the E-3F, the R-99B and the Atlantique 2. “However, this is an identified gap,” assures Gagiano. “Very soon we will start a project in order to beef up our surveillance capability and equipment, to be able to do SaR in this environment. The first initiative is obviously our maritime patrol aircraft which, as a secondary role, will have most of the equipment that you require to do such a search. Further into the future, one will also have to look at airborne early warning, which is at the back of our minds, in order to supplement our static and mobile radars.”

The SAAF operated maritime patrol aircraft from the Second World War until 1984, when the last examples of the Avro Shackleton were retired. Since then, the country has had a limited maritime surveillance capability, using Douglas C-47 Dakotas, con-siderably upgraded with modern turboprop engines and new avionics, and locally re-designated as C-47TPs.

However, the basic C-47 design is now more than 70 years old, and most of the aircraft themselves are more than 65 years old. There is as yet no formal timescale for the acquisition of a modern maritime patrol capability by the SAAF. 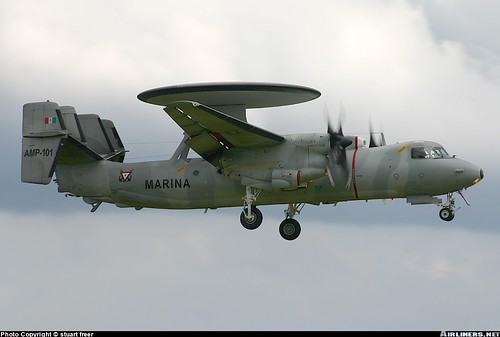 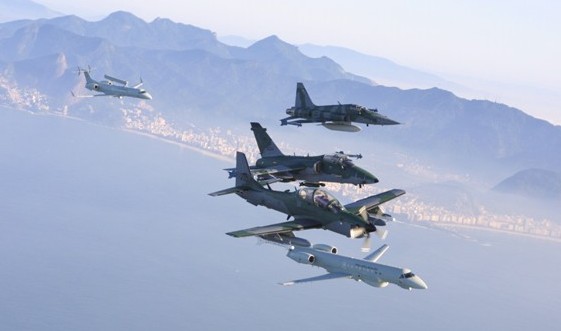