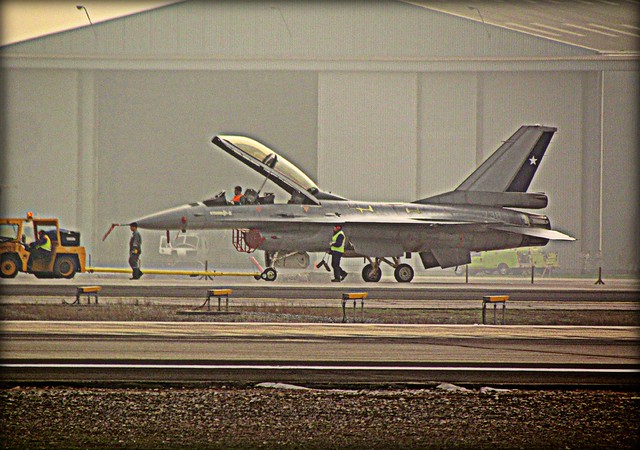 Chile has been aiming to modernize its armed forces but has been hamstrung by budgetary constraints and divergent opinions within the military establishment on options available to the country and the competitive edge of rivals to U.S. suppliers.

Fuerza Aerea de Chile is generally regarded by industry analysts as one of the best equipped Latin American air forces but the defense procurement strategy of President Sebastian Pinera is looking ahead to future challenges and more spending on military aviation and weapons.

Negotiations for the purchase of additional Black Hawk helicopters, manufactured by Sikoraky, for Chilean air force have resumed, while replacement for other Chilean air force inventory is planned for 2013, the Air Forces monthly reported.

Chilean plans include the acquisition of several T-36 Toqui jet trainers, an upgraded A-36 Halcon, which, in turn, is an export version of the C101 made by former Spanish manufacturer CASA.

FACH previously ordered 15 CASA C-101BB planes, renamed the T-36 Toqui in Chile. Most of them were replaced by the new A-29B Super Tucanos supplied by Brazilian aircraft manufacturer Embraer.

The main Chilean air force arsenal is the General Dynamics F-16 Fighting Falcon multi-role combat aircraft, of which at least 46 are operational, and about 16 Northrop F-5E Tiger III interceptor aircraft, in addition to about 12 of Embraer's Super Tucano light attack aircraft.

In April FACH signed a memorandum of understanding for a supply based logistics contract to support F110-GE-129 engines for its GE-powered Lockheed Martin F-16 fleet. Under terms of the agreement, GE will provide spare parts, line and shop replaceable units through 2016.

"This MOU underscores the longstanding relationship we have enjoyed with the FACH starting with the arrival of J85 engines in 1976," said Alberto Frauenberg, Latin America sales manager for GE Aviation.

"This relationship has continued to evolve with the introduction of the F110, which has capably served the Chilean air force since 2004."

The National Strategy for Security and Defense for the first time specifically puts security problems such as drug trafficking, organized crime and piracy under the broad umbrella of national defense. These unconventional threats have fundamentally changed how Chile views its security needs.