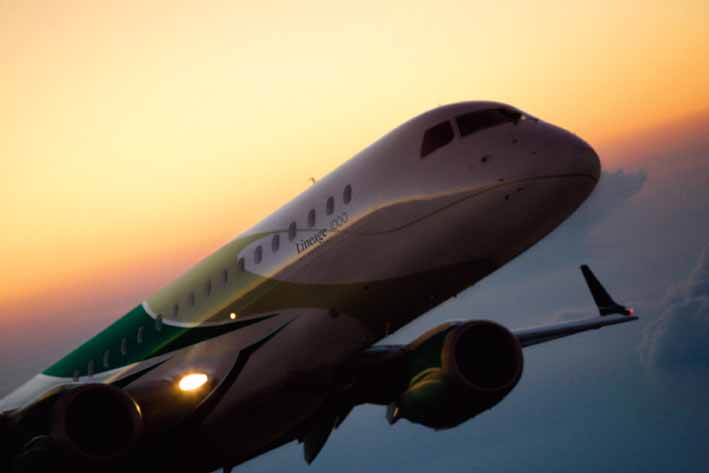 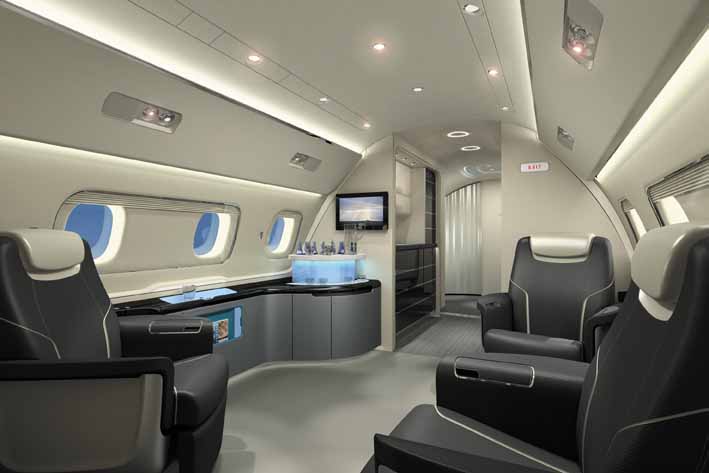 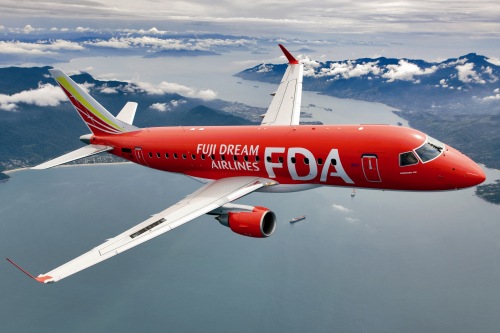 
An economic superpower, and now oil too

From The Economist print edition
Oil could transform Brazil’s economy. But not necessarily for the better

THE legend is that Brazil never lives up to its vast potential. When Stefan Zweig, an exiled Austrian writer, said in 1941 of his new home that it was the “country of the future”, popular humour quickly added the rider “and it always will be”. More recently, when Goldman Sachs bracketed Brazil with Russia, India and China as the “BRIC” countries that collectively represent the world’s economic future, there was much muttering that its mediocre rate of economic growth condemned it to be an interloper in such dynamic company.

Yet there are reasons to believe that South America’s economic powerhouse of 190m people is starting to count in the world. Economic growth has risen steadily, to 5.4% last year. That is modest by Chinese standards—but the comparison is misleading. Brazil enjoyed Chinese rates of growth in the third quarter of the 20th century. That was when it was almost as poor as China. It is much harder for a middle-income country, as Brazil now is, to grow at such rates. And now it looks as if Brazil will become an oil power, too (see article).

Brazil’s previous growth spurt was derailed by debt and high oil prices, a debacle that obliged its then military government to give way to civilian rule. The early years of restored democracy saw chronic inflation, economic torpor and political drift. In the past decade and a half, however, under reforming democratic governments, Brazil has conquered inflation, opened a protected economy to the world and begun to tackle its social problems. Poverty and inequality are falling steadily. Under President Luiz Inácio Lula da Silva, the left came to power in 2002 and, to the surprise of some, maintained its commitment to economic stability and openness.

All this has gradually created a new mood among business people. Brazilian companies, traditionally inward-looking family-owned affairs, are going to the stockmarket to raise funds, in many cases to finance expansion abroad. Some, such as Vale, the world’s second-biggest mining company, and Embraer, its third-largest maker of civilian aircraft, both privatised in the 1990s, are well-known. A string of others are about to become so. Outsiders have caught the mood: foreign direct investment reached a record $34.6 billion last year.
Beware of bonanzas

Many of these companies are linked to agribusiness or other primary commodities. One reason to worry that Brazil is again flattering only to deceive is that it has been a huge beneficiary of high commodity prices—that same trend that is pushing up the cost of food around the world. Strip out this cyclical stimulus and the country’s performance would look less sprightly. But some economists argue that Brazil is the beneficiary of a structural shift, in which the industrialisation of Asia and the rise of a new middle class in the developing world will keep commodity prices high. Besides, Brazil produces more than just soyabeans. It has a lot of manufacturing industry too. And its newly discovered offshore fields of oil and natural gas may turn out to be bigger than those in the North Sea in the 1960s.

Oil wealth is lovely, of course. But it is also a cause for concern. Brazil’s currency, the real, has already soared to levels that make manufacturers wince. If it becomes a petro-currency, many factories will be forced to close unless the needlessly high costs of doing business in Brazil are slashed. Moreover, the most impressive economic achievements of Brazil as a democracy have tended to come when the government has had little room to manoeuvre.

The worry now is that a bonanza of oil will weaken an already infirm resolve to drill deeper into the economy’s structural problems. These difficulties include an oppressive tax system and a labour code that makes firms wary of hiring. Between them these have confined some 40% of the workforce to the informal economy. Though he needs to spend much more on infrastructure, Lula has squandered a chunk of record tax revenues on padding the public payroll.

An oil gusher could also sharpen Brazil’s already voracious appetite for the politics of the pork barrel. Lula has done much to make Brazil’s democracy more genuine. But he was re-elected in 2006 despite a corruption scandal that would have felled a politician of lesser skills. Since then he has basked in popularity derived from sunny economic times and well-designed social policies. The danger is complacency. Compared with its past, Brazil is indeed doing much better. But before oil euphoria kicks in, Brazil’s leaders should ask themselves why so many other countries have made bigger returns from a much smaller natural endowment.


You are in good company

Embraer, the third largest aircraft company in the world is working on increasing its presence in the GCC market. Mayank Singh reports from its Sao Jose dos Campos headquarters in Brazil

It has its own aircrafts, airports, pilots and over 23,000 workers, it was Brazil’s largest exporter from 1999 to 2001 and the second largest in 2002, 2003 and 2004 – with such an enviable track record it is little wonder that the name Embraer evokes instant respect and recognition in Brazil. Embraer, short for Empresa Brasileira de Aeronáutica, is a Brazilian aerospace conglomerate. The company produces commercial, military, and corporate aircraft, and provides related aerospace services. It is one of the three main exporters in Brazil. Among all aircraft manufacturers, it currently has the third largest yearly delivery of commercial aircraft and the third largest workforce after Boeing and Airbus.

The company’s headquarters, main production facilities, and engineering/design offices are in São José dos Campos, São Paulo. Embraer also has a production plant and flight testing facility in Gavião Peixoto, São Paulo. This facility includes a 16,400-foot (5,000 m) runway, the third-longest in the world. Embraer has maintenance and commercial sites in the USA and commercial offices in France, Singapore and China. As of July 8, 2008, Embraer had a firm order backlog totalling $20.9bn. Indústria Aeronáutica Neiva is a subsidiary of Embraer which produces airplanes and aircraft components. Its main product is the Embraer EMB 202 Ipanema, the most employed agricultural aircraft in Brazil and the first alcohol powered airplane. Neiva delivered more than 3,700 aircraft until early 2006.

The company set a new aircraft delivery record in 2008 by delivering 204 planes in 2008, 20 per cent more than in 2007. During Qtr4, 2008, Embraer delivered 44 E-Jets to commercial aviation, eight Legacy 600s, two Phenom 100s and one Embraer 175 to Executive Aviation and four jets to the defence and government segment. The company also increased the number of customers with firm orders for jets from the Embraer 170/190 family, with the sale of 11 E-Jets to British Airways. The company also delivered the first Embraer 190s to Holland’s KLM Cityhopper and Embraer 195s to Azil Linhas Aereas, the first Brazilian airline to operate an E-Jet.

The new sales of the Phenom executive jets family increased the number of firm contracts to over 850 aircrafts.

The company is looking at Oman as a potential market for its commercial and defence aircrafts. Says Ricardo Bester, vice president, marketing and sales, defence and government market, Europe, Middle East and Africa, “We are in negotiations with the Omani government for some of our aircrafts and we have got a very positive response from them.” The company has supplied aircrafts to a few countries in the region.

ECC Leasing Company a 100 per cent subsidiary of Embraer, is the world’s third largest civil aircraft manufacturer. Established in 2002, it is responsible for the trading of Embraer’s pre-owned aircraft portfolio. “We are uniquely positioned to be able to offer our customers a one-stop shop that combines leasing some of the world’s most successful regional aircraft with the clear benefits of dealing with the aircraft manufacturer. When you acquire an aircraft from us, you know it comes with the manufacturer’s seal of approval,” says Bester.

As a result, its aircraft’s provide excellent performance with reliability, while being economical to acquire and cost-effective to operate and maintain. Equally important, is the fact that it provides a good product package, with comprehensive aircraft and after-sales support for parts, services, and technical assistance.

Embraer employs more than 23,ooo people, 87.7 per cent of which are based in Brazil. Based in São José dos Campos, Brazil, Embraer was founded in 1969 as a government initiative and then privatised on December 7, 1994. On March 31, 2006 the majority of Embraer shareholders, including common, preferred and ADR holders, approved Embraer’s capital restructuring proposal, which consists of a simplified capital structure composed of one type of shares (common shares) and will contribute to enhanced corporate governance practices and transparency standards.

Going green
Embraer regards environmental quality as an important element of its vision and aims at creating awareness and guiding all its employees, as well as research work in this direction.

The company’s web site states, ‘Environmental issues are increasingly taking centrestage, as the consequences of the damaging actions to the planet prove more obvious, which are resulting in a drop in the quality of life and in the emergence of problems such as the greenhouse effect, polar ice-cap melting, water shortages, droughts etc. Technological advance cannot be interrupted; neither can attention be deviated from environmental issues. In other words, in technological advancement resides the solution for the maintenance of sustainable growth in order to ensure suitable conditions for future generations. This is the reason for the growing concern of Embraer with the environment.’

In 2002, the Faria Lima Unit obtained its Environmental Management System certification, by attaining the ISO 14001 Standard, and in 2004 this unit managed to maintain the certification through Maintenance Auditing, carried out by the ABS certifier (American Bureau of Shipping).

To control all these certificates, Embraer created the Environmental, Occupational Health, Safety and Quality Integrated Management System (SIG-MASSQ), which aims to facilitate the analysis of all actions in a global fashion, integrating the company, employees, third parties, partners, the environment, health, safety and quality, while always focusing on the results of the company.

The SIG-MASSQ results from Embraer’s awareness of the influence it brings to bear on the lives of the people who participate in its trajectory in the environment and in the regions where it is installed. The implementation of the SIG-MASSQ is serving to unite and apply the efforts of all towards an increasingly competitive company, aware of its role in society. Embraer growth is based on the fact that it takes its customers satisfaction as the backbone of its corporate strategy.

The facility will handle Phenom 100 and Phenom 300 executive jets and is expected to create 200 skilled positions with an average annual salary of $50,000.

The company, which received about $12 million in local and state incentives, is encouraging its manufacturing suppliers to move to the area as well, says the airport's executive director Richard Ennis.

Melbourne Beach Fl, September 29th 2008-Per Steve Neville, Local Broker/Owner of Aamerican Property Management Company. This is good news for Brevard County and Melbourne. This adds another dimension to the technical jobs that our area has from companies like Lockheed and Harris Corp.


When asked how this will affect his property management business, Steve answered. Lots of people relocating, like to rent first to get a feel for the area.

In our case we can do both. That is, we can rent them a home and then later apply a portion of the rent paid towards a purchase.

About Steve Neville. Steve is a Broker/Owner and Top producing Real Estate agent. In addition he is the owner of the Florida website www.bestbrevardrentals.com designed specifically to help people relocating to Brevard County Florida 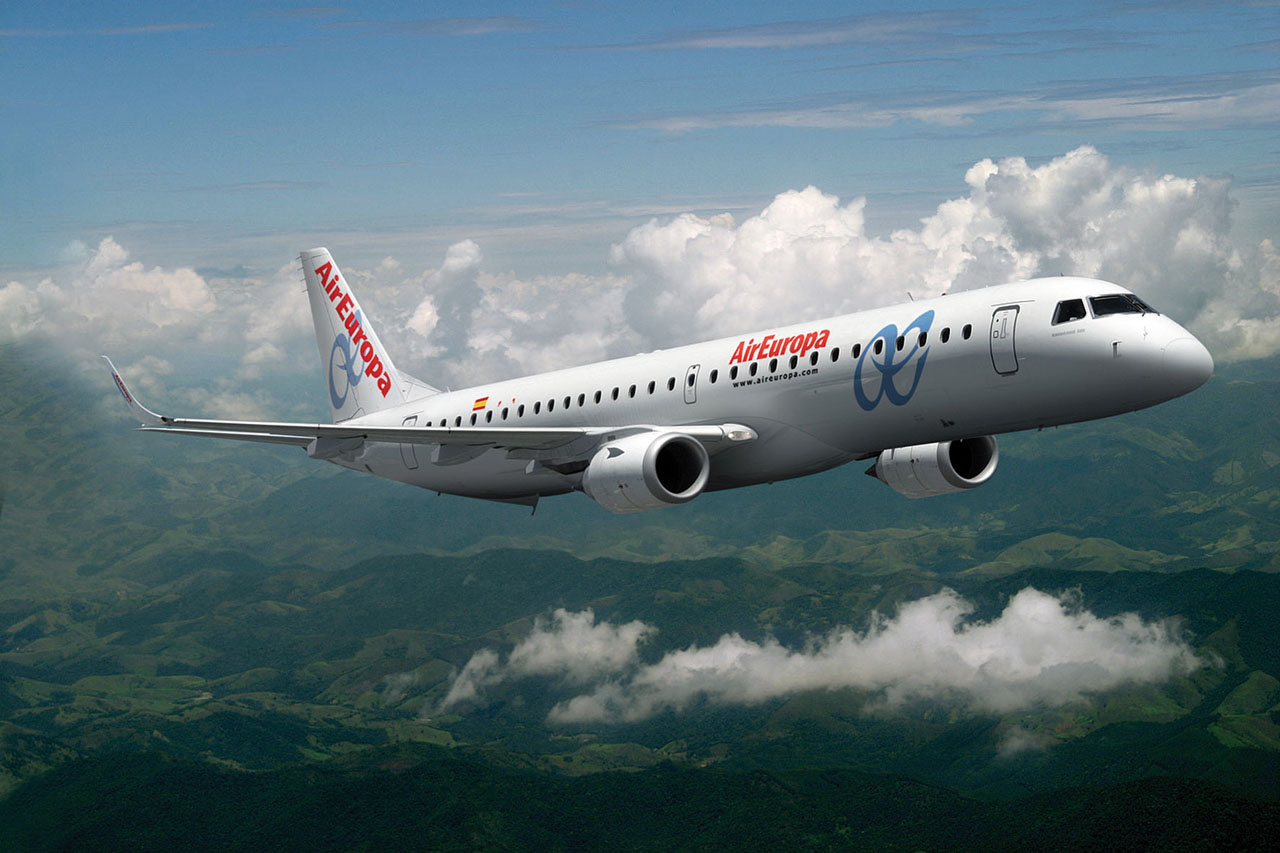