Get out of the way!....The Army's new heavily armoured engineer tank Trojan moving a car at Bovington Military Training Area in Dorset. The British Army will have 66 of them. 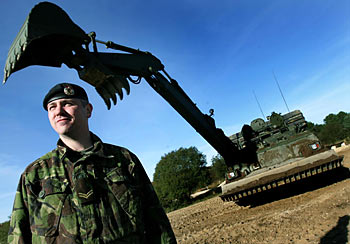 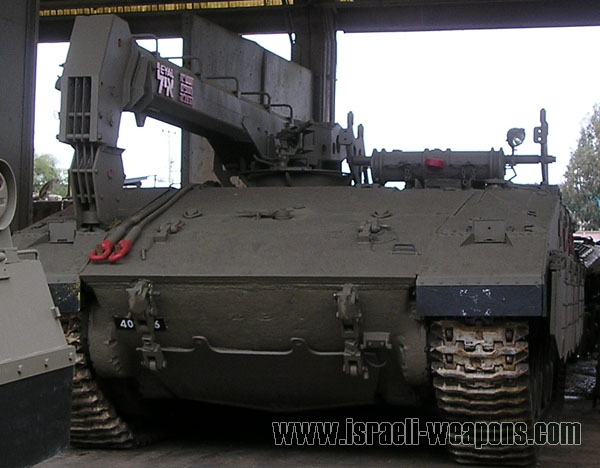 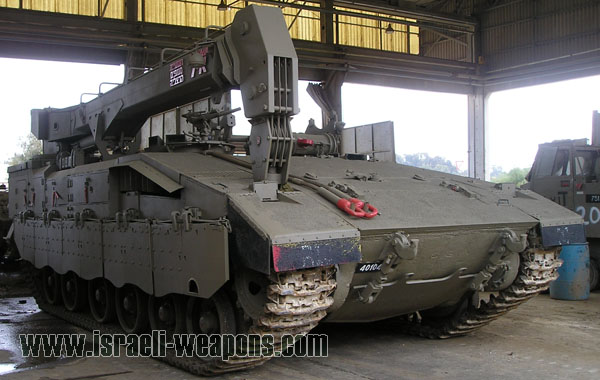 SEOUL - South Korea is seeking to boost and diversify its arms exports by strengthening international defense ties, especially with countries in the Middle East, Africa, South America and central Asia.

On Sept. 26, Seoul's Defense Acquisition Program Administration (DAPA) signed a memorandum of understanding (MoU) with Colombia to cooperate in defense science and technology. Under the agreement, which follows a May 2008 MoU on defense-industry cooperation, the nations will exchange science and technology data and experts and cooperate on research and development, a DAPA statement said.

"By maintaining close defense cooperation ties with Colombia, we will be able to secure a foothold in Latin America for arms exports and technology cooperation," said Won Jong-dae, of DAPA's acquisition and technology planning division.

Another official, at the agency's international cooperation division, called South America a key battlefield in the global arms market.

"We're engaged in a battle on two fronts: one with advanced nations over technology and the other with growing arms exporters, such as China, over price competitiveness," the official said. "The prospects of South Korean weapons sales abroad are bright, since the country has a competitive edge in both areas."

Since 2006, Latin American countries have taken delivery of South Korean defense gear worth $48.9 million, including trucks, flak vests, ammunition and spare parts of communication devices, according to DAPA figures. That's about 1.5 percent of the country's total arms exports, which amounted last year to about $1 billion. It's also about one-third of the five-year total to Africa, another developing market, which took delivery of about $142.5 million over the past five years, or 4.3 percent of annual sales.

"Colombia wants to secure advanced defense science and technology from South Korea, which has emerged as a key arms developer, based on strong bilateral ties," an industry source said. "South Korea and Colombia could seek major deals in which South Korea offers key technology and Colombia buys Korean weapons in return".

Hyundai Rotem is competing for Colombia's tank acquisition program, whose value is estimated at $250 million. Hyundai is offering the upgraded version of the K1A1, which will be equipped with the C4I network-centric battlefield management system.

Competitors for the Colombian order include France with MBT Leclerc, the U.S. M1A1 Abrams and a Turkish-Israeli team's refurbished M60A1.

On Sept. 30, Samsung Thales (STC), a leading precision electronics maker here, signed an MoU with state-run Kazakhstan Engineering to help Kazakhstan turn the Kazakh Army's 152mm towed howitzer into a truck-mounted self-propelled one. STC will work with Samsung Techwin, developer of the K-9 self-propelled howitzer, and help with a two-year production run, STC said in a statement.

Kazakhstan Defense Minister Adilbek Dzha-ksybekov expressed hope that his country would work with STC to improve its C4I, ISR and tank programs, according to STC officials.

On Sept. 29, the DAPA signed an MoU with Norway to cooperate in defense research and development, and study needs of bilateral weapons acquisition, the agency said. Separately, STC signed an MoU with Norway's Kongsberg Maritime to develop combat systems for South Korea's Changbogo III 3,000-ton attack submarines, to be deployed after 2020. Under the deal, estimated at 10 billion won ($9 million), Kongsberg will provide technical assistance on the integration of torpedo and combat management systems, said an official at Kongsberg Defense & Aerospace in South Korea.