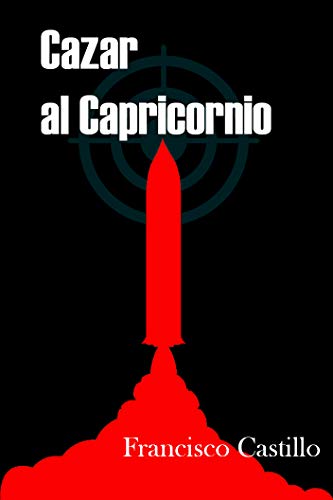 Nuclear
South Africa developed the capability to operate a nuclear reactor in the 1960s with help from the U.S. "Atoms for Peace" program, and began to explore the technical utility of peaceful nuclear explosions in 1971 for mining and engineering purposes. [4] In the early 1970s South Africa began a program to develop a limited nuclear deterrent based on highly enriched uranium (HEU) from the "Y-plant" in Valindaba. Ultimately, South Africa covertly manufactured six air-deliverable nuclear weapons of the gun-type design.

In parallel with decisions to end apartheid, the government halted the nuclear weapons program in 1989, dismantling existing weapons and associated production equipment. [5] South Africa acceded to the Treaty on the Non-Proliferation of Nuclear Weapons (NPT) as a non-nuclear weapon state in 1991, and International Atomic Energy Agency (IAEA) inspectors subsequently verified the completeness of its nuclear disarmament. [6] The country also became a member of the African Nuclear-Weapon-Free-Zone Treaty in 1998, which entered into force in July 2009. [7] South Africa ratified the Comprehensive Nuclear Test Ban Treaty (CTBT) in 1999.

Nuclear
Algeria does not have nuclear weapons, and ratified the Treaty on the Non-Proliferation of Nuclear Weapons (NPT) as a non-nuclear weapon state in 1995. Soon thereafter, Algeria was among the first countries to sign the Treaty of Pelindaba, which established the African continent as a nuclear-weapon-free zone. In international fora, Algeria has been a strong advocate for Article VI of the NPT and nuclear disarmament. [2] Algeria signed the UN Treaty on the Prohibition of Nuclear Weapons on 20 September 2017. [3]

Algeria possesses a small civil nuclear research program, and currently operates two research reactors under IAEA safeguards and supervised by the Commissariat à l'énergie atomique (Atomic Energy Commission). The Argentinian company INVAP began constructing Algeria’s first research reactor—called Nur—in 1987, and it reached criticality in 1989. [4] The reactor is located in the Draria nuclear complex, about 20km east of Algiers. [5] The 1MWt pool-type light water reactor uses uranium fuel enriched up to 20% U-235, supplied by Argentina. Algeria uses this facility for the laboratory-scale production of radioisotopes, research in neutron physics, and the training of reactor-operating personnel. [6] The Draria complex also houses a pilot fuel fabrication plant. [7] Following the signing of a nuclear cooperation agreement with China in 1983, construction of Algeria’s second research reactor began in 1988. [8]

The 15MWt heavy water-moderated Es-Salam reactor, located at Ain Oussera 140 km south of Algiers in the Sahara desert, is fueled with 3% enriched LEU and first reached criticality in 1992. [9] As with the Nur reactor, Algeria uses this reactor for the production of radioisotopes, research in neutron physics, and the training of reactor-operating personnel. [10] The Ain Oussera site also houses various other nuclear-related facilities, including an isotope production plant, hot-cell laboratories, and waste-storage tanks. [11]

In 1991, the secretive construction of the Es-Salam reactor spurred substantial concerns among U.S. intelligence analysts and policymakers about the site’s purpose and the possibility of an Algerian nuclear weapons program (Algeria did not ratify the NPT until 1995). Specifically, some analysts argued that the unusually large cooling towers at the site were too big for the reactor’s declared power output, and that a large unfinished building nearby might be a fuel reprocessing facility. [12] Reacting to this speculation, Algerian officials announced that the reactor was designed for civilian purposes, such as the creation of medical radioisotopes, and indicated that the reactor’s design would not be suitable for plutonium production. [13] The IAEA first inspected the reactor in January 1992, and a facility-specific safeguards agreement was signed the following month. [14] Algeria concluded a full-scope safeguards agreement with the IAEA in 1995 after it had ratified the NPT. On 16 February 2018, Algeria signed an additional protocol to its comprehensive safeguards agreement with the IAEA. [15]