USMC. The Few, The Proud.

WASHINGTON, Dec. 6, 2010 – For nearly a decade the Marines have been heavily involved in land-locked battles in Iraq and Afghanistan. Now, the Marine Corps’ II Marine Expeditionary Force is teaming up with the U.S. Navy’s Second Fleet for Exercise Bold Alligator 2011, a synthetic training exercise that’ll test the Marines’ famed amphibious capabilities.

Commander, Expeditionary Strike Group Two, and Commander, 2nd Marine Expeditionary Brigade in coordination with ships assigned to the U.S. Navy’s Second Fleet will conduct a joint large-scale fleet synthetic amphibious exercise Dec. 11-17, which will concentrate on the fundamental roles as “fighters from the sea.”

The synthetic exercise, which Owens says will "make extensive use of modeling and simulation in an effort to simulate weather, battlefield conditions, and force-on- force opposition," will focus on the command element in order to replicate live combat situations. Exercise Bold Alligator 2011 also serves as a test run for a planned live exercise in 2012.

“It's the first brigade-level amphibious exercise on the East Coast in nearly ten years, but it's also a first step in our revitalization of our amphibious proficiency,” Brig. Gen. Christopher Owens, deputy commanding general, 2nd Marine Expeditionary Force, Marine, said during a "DoDLive" bloggers roundtable Dec. 2.

“During the exercise, we plan to refine our current concepts involving sea-basing, forcible-entry operations, and command-and-control,” because “so much of what the U.S. does, in terms of international security, relies on amphibious access to areas of conflict,” he explained.

Although numerous military analysts have thought amphibious operations to be obsolete, time and again they have proven their worth in a variety of combat situations -- including possible pre-emptive action. This is why planners for the exercise are working to refine and emerging amphibious concepts and improve amphibious operations overall.

“We do have to find a way to keep our amphibious capability and proficiency, and keep it relevant to the types of operations that we are going to be called upon to provide,” said Owens. “I think [Defense] Secretary [Robert M.] Gates is challenging us to make sure that we remain relevant and ready,” he continued.

Owens believes that the close link between the Marines and the Navy is the backbone of successful amphibious operations.

"What the Marine Corps provides that is unique is that amphibious capability that we provide in conjunction with our Navy partners," he explained. "It is only through that link -- that inextricable link between us and the Navy -- that provides that unique capability." 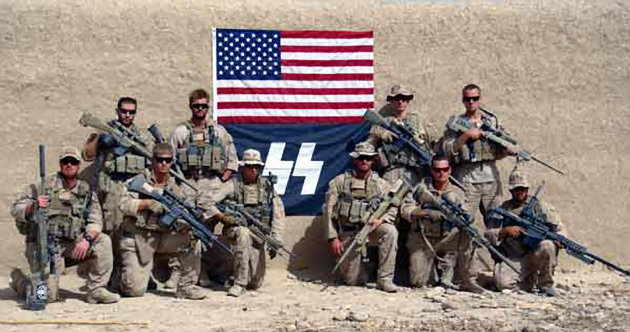